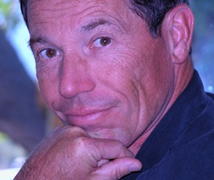 Doug Carter graduated from college with honors in three years rather than the usual four.  He majored in Educational Psychology with a specialty in Behavior Modification that today provides the foundation for helping others achieve rapid results.  He expanded his understanding of how to get results in an MA program in Political Sociology at Carleton University in Ottawa, Canada.

He spent five years working as a “troubleshooter” for a regional restaurant chain based in the Pacific Northwest.  He worked in 12 restaurants in three states, encompassing more than 1,500 employees.  By the time he left, not only had he developed systems to “turn around” troubled restaurants in 16 days, he had trained 41% of all managers and assistant managers in the company and had set records for employee retention in both existing and new restaurants.

In 1978, Doug took the world famous Dale Carnegie Course, which opened his eyes to the field of training and development.  Impressed by his experience in Carnegie, he sought out and went to work for the oldest and largest training company in America. Within three years he was one of the top seven sales associates out of more than 1,800 sales people representing 68 countries.

Doug worked full-time with the company for eight years, the last three as the Regional Manager for the Western United States and Canada.  As the Regional Manager, he researched, created and implemented a special field-training project to increase productivity 500% in less than three years.  Within six months of inception, 87.5% of all participating locations had record production, with two locations reaching 226% and 232% of their quota.

By the time Doug left the organization, he was one of only three trainers who were certified to train instructors in any of the eight programs in 68 countries in the world.  The company is still using and teaching his material.

In 1987, Doug was “hired away” by Tony Robbin’s company, Robbins Research International, Inc. His original assignment was to design a plan for creating 25 replicable Sales and Training Centers.  Within two months, Anthony Robbins asked Doug to become the Chief Executive Officer.  During his tenure, he reversed an 8% per week employee turnover problem, restructured the corporate debt, installed the corporate training department and either provided or contributed to material for two of the major programs now being presented by Robbins Research, Inc.  Sales more than doubled in 74 days.

Since 1988, Doug has conducted his own Trainings and Interactive Speaking Programs.  He also develops and delivers custom training programs for many organizations.

He developed five programs for Robert Allen’s company, Challenge Systems, Inc.  He also trained all the in-house instructors and sales staff.  Sales jumped from $800,000 to $32 million in one year.

Doug has had four partnerships with Michael Gerber, the author of, “The E-Myth, Why Most Businesses Don’t Work and What To Do About It.”  He developed the first interactive “E-Myth Experience,” which Gerber and he conducted on three continents.  He created and conducted the first interactive “E-Myth Manager” training program and he was Co-Founder and President of E-Myth Presenters Worldwide, recruiting and training presenters from four continents.

By 1992, Secure Horizons was recognized as one of the absolute best Medicare Risk HMOs in the country and they had a seasoned sales force that was efficient, effective and extremely competent. Doug created and conducted innovative sales training for Secure Horizons.  The overall rating by the sales force for all aspects of the training was 9.74 on a scale of one to 10. The participants reported significant increases in both self-confidence and their skill as a sales person.  Their on-site closing percentage jumped 8.4%. The net result for Secure Horizons was an annualized sales increase of $10.2 million.

In January 2001, the readers for Financial Advisor magazine picked Bill Bachrach, the author of “Values Based Financial Planning,” as one of the four most influential people in the Financial Services Industry.  Doug helped recruit  Bachrach into the seminar business, was instrumental in working with Bill to develop his early material and was hired as a “training consultant” to help design Bill’s $19,500 “Trusted Advisor Coach” program.

Doug coached Mark Sheer (Mark Sheer Seminars, Inc.) for one day, assisting Mark to increase his sales by more than $1 million in the next year.

McGraw/Hill named Doug’s book, “Clients Forever: How to Let Your Clients Build Your Business for You” as their lead sales book in Spring 2003.

Check out Case Studies from clients who Doug has helped increase sales, efficiency and profitability.

Doug Carter has it all, vision, know-how, and the ability to deliver... energizing and practical.

Find out how to build your business through long-term relationships with your favorite kind of clients. Doug Carter's Clients Forever: How Your Clients Build Your Business for You shows you how.